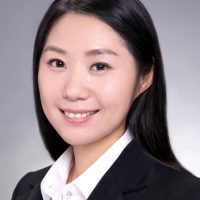 The Asia-Pacific Department is in charge of programming Chinese films to participate in such international film festivals as Shanghai, Hong Kong, Moscow, Tokyo, Pusan, Iran, and India. Its business scope covers the whole of Asian territories.

The Euro-Africa Department focuses on the Cannes International Film Festival and Marche du Film. It also enjoys excellent business relationships with Germany, the U.K., Italy, Spain, Egypt, Turkey and many other EU and African countries.

The Americas Department specializes in programming Chinese films to participate in the American Film Market(AFM) and Toronto Film Market, and enjoys successful business relationships with many Hollywood based companies. Also, it has sustained business relationships with Montreal world Film Festival, Chinese American Film Festival as well as multiple other international film festivals.

The Department of Integrated Affairs is responsible for negotiating and signing sales agent contracts with the domestic enterprises, and planning the overseas promotion for their projects.

Having sustainable working relationship with its counterparts abroad, CFPI has co-hosted or co-organized a number of high-profile international film festivals, such as the Chinese American Film Festival, China Image Film Festival in the U.K., Chinese Film Festival in Paris, Sydney-China Film Festival etc. CFPI also runs the annual Beijing Screenings on behalf of SAPPRFT, which screens and markets the latest release of Chinese films. The event, which manages to attract more than one hundred industry professionals from all over the world, comes to serve as a channel for Chinese films to go global.

CFPI, who has been recognized for excellence in its management philosophy, are expanding its global team of film promotion by recruiting film professionals and high-profile personnel with linguistic expertise. The key staffs of the team are of 10 years professional experiences in the industry on average. And all front line staff of it are bilingual, who are well versed in English, French, German, Russian and so on.

Up to now, CFPI has signed up more than 200 films for international distribution.

As a domestic company with the global vision, CFPI look forward to partnering with collaborators from home and abroad, and make tireless efforts to promote Chinese films worldwide.