There are only a handful of Australian Film and Television Production companies that have reached the broad commercial audience that Stella Rose Productions has. Over the past two decades the company has produced highly commercial films and television across many styles and genres including Feature Film, Sit Com and Sketch Comedy. Through its cinema releases Stella Rose films have grossed more than 12 million dollars at the Australian box office and have been distributed all around the world through major distributors including Sony International, Loinsgate and Village Roadshow Pictures.

In 2017 Stella Rose had a major cinema release with the romantic comedy Spin Out starring Xavier Samuel and Morgan Griffin as star crossed lovers in the Australian outback. Spin Out had a wide theatrical release and a spectacular home entertainment life grossing around 1 million dollars in DVD sales alone.

The companies most recent feature is a co-production with the talented team at Cinema Viscera, Paul Anthony Nelson and Perri Cummings, who have written, produced and directed the Horror film Apparitions.

Apparitions is being introduced by Stella Rose Productions for the first time to the market at this years AFM. 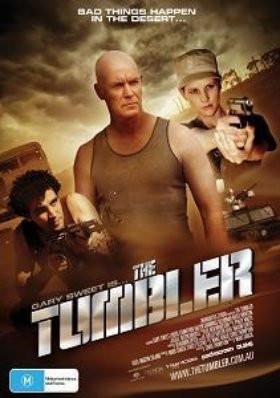