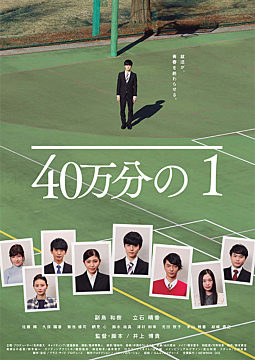 Toru, still a virgin, has been dumped by his first girlfriend, the beautiful Mami. In order to gain her back and to look better than Otani, her current boyfriend, he lies about his prospect of being employed by an advertising agency, which happens to be the largest in the industry.

However, Toru, who had not really been thinking about job hunting until now, has attended a third-rate university and has made no preparations to look for employment. A friend tells Toru, who does not even know where he should start from, about Not knowing where he should even start from, about Ogino, a legendary former fellow student. Toru, under Ogino’s supervision, undergoes incredible job-hunting training, learning about how tough society can be and becoming more serious about work. Where is his romance headed?