Startseite / Filme / A STONE IN THE WATER 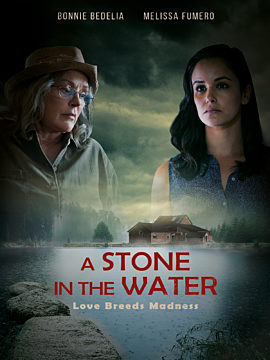 A STONE IN THE WATER

In the vein of "Misery", MARTHA (Bonnie Bedelia ("Die Hard", "Die Hard 2", "Parenthood"), an eccentric farmwoman, heartbroken by the death of her only son, mistakenly believes that ALEX (Melissa Fumero "Brooklyn 99"), a young city girl, is pregnant with her son’s child. What Martha doesn’t know is that Alex was involved in a robbery that ended in murder and that the loot is stashed in the basement of her home. When Alex returns to retrieve the stolen jewelry, Martha discovers that she’s in trouble and that bad people are after her. Martha drugs Alex, then handcuffs her to a bed, intent on protecting the unborn child.