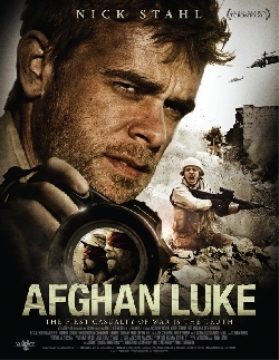 When his editor refuses to publish his story about Coalition snipers possibly mutilating corpses in Afghanistan, journalist Luke Benning (Nick Stahl) quits his job and vows to return to the war on his own in search of the truth. With the help of his best friend, Tom, he gets the money he needs to make his way back…as long as he brings Tom with him.

As soon as he arrives, it is clear that Afghanistan is an even more dangerous place than when he left, especially with the reckless Tom at his side. It is also clear that the Coalition forces he is embedded with don’t believe his cover story, they know what rumors he’s exploring, and they don’t like it.

To make matters worse, his old friend and ‘fixer’, Mateen, has been hired away by Luke’s main journalistic competitor, Imran Sahar. The mission to uncover the truth behind the mutilated bodies quickly becomes lost in a surreal and perilous adventure deep into the heart of a war-torn Afghanistan, filtered through a haze of hash and gun smoke.