Startseite / Filme / All About Mothers 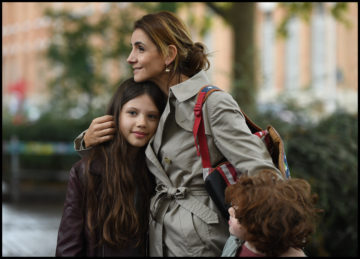 This is the story of a President of the Republic who becomes a mother. Of three sisters taking care of a mother who could not care less. Of a son who lives with his mother’s ghost. But this is also the story of a woman who does not want to become a mother, of a man who dreams of being one. In the end, it’s all about mothers.

A choral dramedy at the crossroads between French Women and Orchestra Seats.

Marie-Castille Mention-Schaar sets her sensitive look on what’s probably the most universal and complex human relationship of all: the one with our mothers.

A film that is a tribute to all the Mothers in the world.