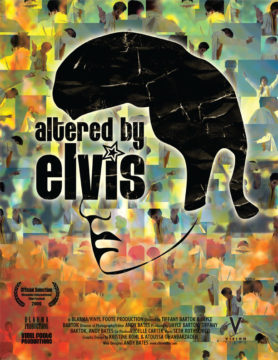 A year long journey from coast to coast, from shrine to shrine, reveals a world that Elvis left behind. Why does this celebrity who has been gone for almost 30 years still make $40 million a year? ALTERED BY ELVIS follows those who have been imprinted, inspired, fathered, enlightened, driven, fulfilled and even destroyed by the King of Rock ‘n Roll. Get a first hand look at what it is like to be ALTERED BY ELVIS.