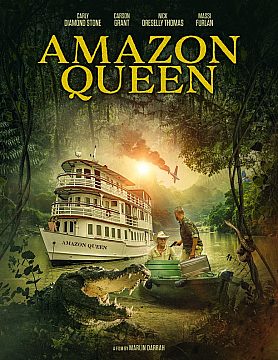 An idyllic riverboat cruise on the Amazon River becomes a nightmare in the jungle when two criminals wanted for theft take over the boat and threaten the lives of the voyagers. As the crew and passengers develop a plan to overtake their captors, the jungle will make its own judgement on who survives.