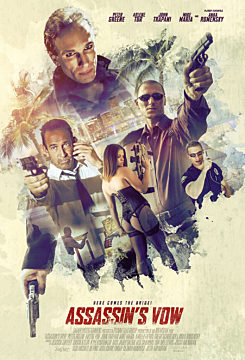 Set in the crime underworld of South Florida, Jacqueline is used as a pawn by her Miami crime boss father Jimmy Bombay. To expand his crime empire and join forces with an international drug cartel, Jimmy has arranged for Jacqueline to marry Dante Calivari, the son of a foreign drug lord. As Jacqueline fights for her freedom, her only solace is found in the counsel of a priest. But in this world of lies and deception, all is not as it seems as a journey down the aisle turns deadly.