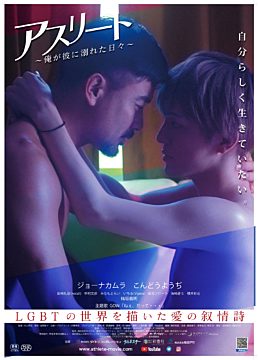 “I want to live my life being me!”—A pure love story which pictures the world of LGBT.

Kohei, a former competitive swimmer, lives an ordinary life with his wife and high school daughter, but one day, his wife suddenly asks him for a divorce. He then has a fateful encounter with a beautiful boy named Yutaka. Yutaka dreams of becoming an animator while working as an online chat boy. At the same time, he is struggling to tell his father that he is gay. They are both confused but eventually become attracted to each other. Then, they have sex. One day they make love, and the next day they hurt each other. Through these emotional ups and downs, their relationship grows deeper and deeper. But...