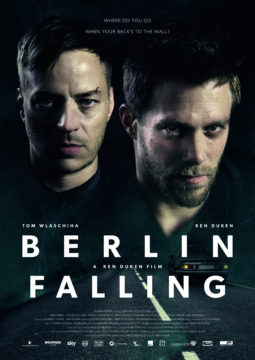 Frank Balzer has retired from the German Green Berets and wants to start a new, quiet life as a civilian. He finally gets to see his daughter Lily again, and is on his way to the Berlin main train station to pick her up for their first weekend together after a long time. At a rest stop, he reluctantly gives a ride to hitchhiker Andreas. On the way, he discovers a bomb in Andreas’ backpack. Who is this hitchhiker really? A life-or-death battle of wits begins between the two men, showing us that fanatics come in all stripes and that a parent has to do what they’ve got to do when their child is in danger.

Ken Duken ("Northmen", "Coming In") and "Game of Thrones" star Tom Wlaschiha in an action-packed, edge-of-your seat thriller, in which the two characters match wits and charisma, hurtling down the Autobahn at breakneck speed toward a knock-out finale.