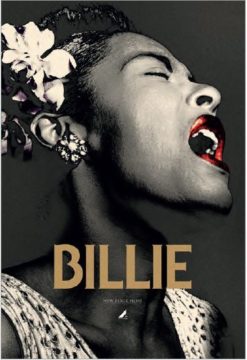 What if the most important story in your life was not your own?

Billie Holiday, one of the greatest voices of all time, was always controversial. A proud black woman who preferred white audiences, an exploited artist, a violent drug addict, a loyal friend, a vindictive lover, a blues singer who didn’t sing the blues and when she sang the seminal protest song Strange Fruit - an enemy of the state. Her enigmatic accounts of her own life were a mix of half truths and free-form improvisations.

Then, in 1971, journalist Linda Kuehl set out to write the definitive biography of BIllie. Over 8 years, she tracked down and tape-recorded over 200 hours of interviews with the extraordinary characters that populated the iconic singer’s short, tumultuous life. Raw and brutally honest, incredible testimonies from Charles Mingus, Sarah Vaughan, Tony Bennett, Count Basie, her step-parents, school friends, jail-mates, lawyers, pushers, pimps and even the FBI agents who arrested her - but Linda’s book was never finished and the tapes never heard. Until now.

Anchored around these never-before-heard interviews, BILLIE will play out like a film noir. Melding archive, drama, animation and still images, BILLIE will capture the complexity of a legend through the eyes of the woman whose obsession would lead to her own mysterious, untimely death.