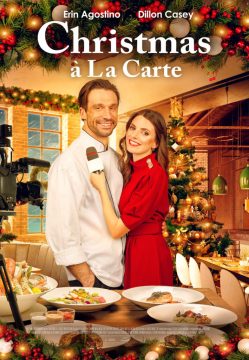 When ambitious food correspondent, Carly Hayes, gets a shot at her own show nothing goes as planned. She’s sent to Angel Heights to help Grant Quinn, a perfectionist, attention-shy chef, reopen her family’s beloved diner and film it as a Holiday special pilot for her television show. Grant will not only re-open his restaurant, but most probably his heart too!