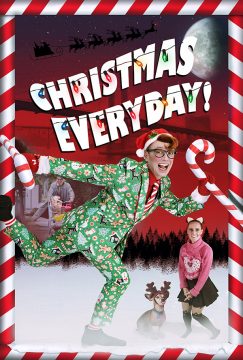 Imagine it was Christmas every day. It is for Rudy when he finds a magic scarf he believes will transform him into a cool guy and finally make him some friends, but first, he must learn to be himself and stop hiding behind Christmas.