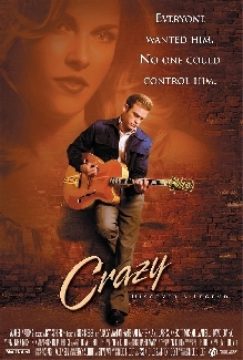 CRAZY is a story of musical genius, passion and betrayal. This Award-Winning film was inspired by the life of legendary guitar player Hank Garland, who once played with Elvis Presley, Otis Redding, and Patsy Cline. An unstable relationship with his beautiful wife, his fits of rage, or his adversarial dealings with the “Nashville Mob,” may have caused Hank's playing career to end tragically at the age of 31, the height of his career. Forty-three years after his unexpected disappearance from the music scene, his guitar still lives on through a number of hit records and an amazing solo effort.