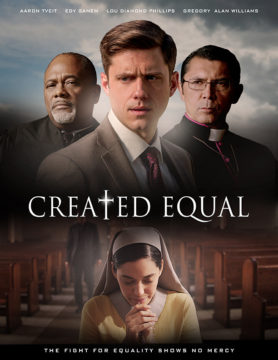 An up-and-coming attorney takes on a case to sue the Catholic Church for discrimination against a young woman who desperately wants to become a priest. In a world where gender equality is a critical issue, the Church remains steeped in tradition. As the trial unfolds and divine authority is challenged, their lives become in danger as extremists plot to stop the heresy at any cost.