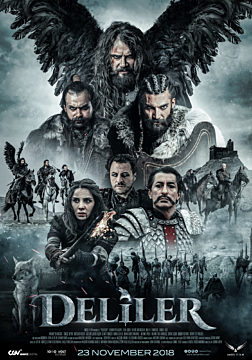 In the middle of the 15th century... Vlad Tepes, The Eflak Voivode assigned by Fatih Sultan Mehmet in person, had shown loyalty to The Ottomans during the early years of his ruling but afterward had begun to grind down cruelly to people living under his rules. Fatih then, gave the order to Baba Sultan to put an end to this cruelness who sent his special troop "Deliler", built-up with seven heroes where the cruel Vlad govern.