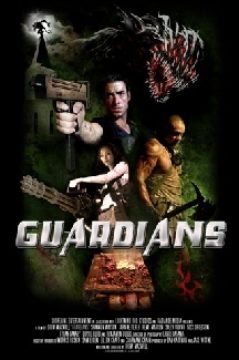 Twilight Cove, a small forgotten town, is under siege by hideous creatures summoned into our dimension by a group of occultists. Soon the creatures will develop an army to wreak havoc on the world. It is only a matter of time before the creatures will be ready to attack the rest of civilization.

At dusk, a beat-up truck rolls into town. The truck's door slides open, and a rag-tag team of hardened mercenaries emerges from the creature-killing arsenal-on-wheels. This is not the first time they've been called in to exterminate. They are part of a secret society operating outside of the government and the public eye for thousands of years. Their mission is to keep our world safe from evil -- of our own creation and from beyond.

Using their cunning skills and unconventional weapons, The Guardians are the only people capable of battling the mutating creatures and saving mankind from their infestation before it's too late.