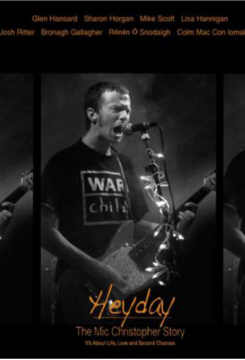 This heartfelt story charts singer-songwriter Mic Christopher's humble beginnings busking on the streets of Dublin, his rise to rock star, the near fatal accident that nearly left him millimeters from death, through to his final year where he lead an entire generation of Irish musicians onto fame, success and new artistic highs. Told through the eyes of those whose lives he touched (Oscar-winner Glen Hansard, writer/actor Sharon Horgan, Mike Scott of The Waterboys, Bronagh Gallagher, Josh Ritter, Lisa Hannigan, Rónán Ó'Snodaigh and many more. This epic story of extraordinary music and friendship will both touch and inspire.