Startseite / Filme / In the Eyes of Others - Italians 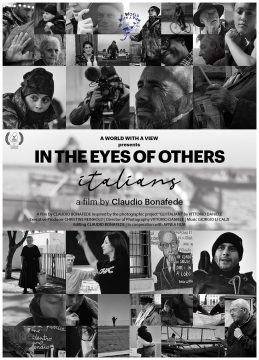 In the Eyes of Others - Italians

Vittorio gets into his old car. He has a feat to accomplish and a mission. On the seat beside him, his inseparable cameras.

His mission is to pursue the role of a lifetime as a witness of the hidden lives of “ordinary people” through his photos.

His feat will be to travel through the whole of Italy. A long trip to be accomplished in the company of just an old friend. But also a Journey, the internal journey of he who, between struggle and surprise, proceeds to measure himself with the difficulties presented by multiple sclerosis.

Vittorio’s quest is an adventure on the road, where the road is an experience to be conquered with every step, the road less travelled, the secondary and more intimate one. Departure is the narrative’s only certainty.