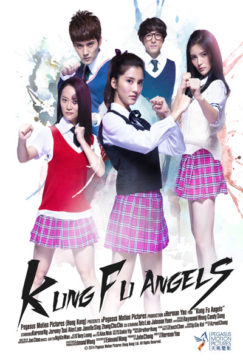 A rebellious teenager, Gigi, runs into trouble at her new school with bullies and mean girls. The school principal, a kung fu master, encourages her to train with the school’s struggling kung fu team. When she falls in love with the team captain, her troubles go from bad to worse and other girls on the team turn against her. Trained in secret by the kind principal, Gigi gains confidence to take on the jealous girls, bullies and kung fu champions from rival schools. The Karate Kid meets Mean Girls in this uplifting movie about the virtues of discipline and training.