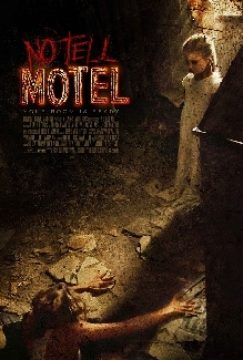 Secrets we keep from each other can come back to haunt us: NO TELL MOTEL is a compelling story of isolation, desperation, and the darkest kind of redemption. The old Horak place, an abandoned roadside motel tucked away in the woods just off Route H is the stuff of local legend. The place where little Angela Horak got run down in the middle of the road. Of course, that was nothing compared to what happened to her parents afterwards. It’s not exactly the ideal place to get stranded. But that’s exactly what happens to adorable Megan Walsh and her four teenage friends when their RV gives up the ghost. With no other options, the group reluctantly decides to hole up for the night in the crumbling motel’s mysteriously organized Room Six. It isn’t long though, before Megan and her friends discover they’re not alone…