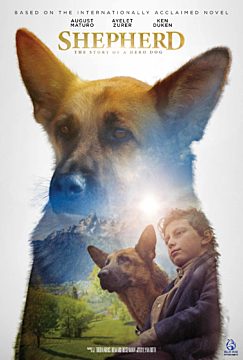 Based on the bestselling novel, SHEPHERD is the tale of Kaleb, a beloved German Shepherd caught in the middle of WW2. Separated from his family, Kaleb finds his original owner, Joshua, behind the bars of a concentration camp. Reunited, Joshua and Kaleb plan a harrowing escape - one that will prove both the heroism of man’s best friend and the triumph of the human spirit.