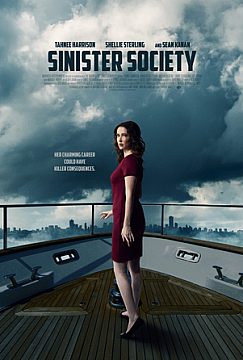 Sylvia (Tahnee Harrison) is an ambitious businesswoman and owner of a successful jewelry company. Aside from her boyfriend, Jesse (Jonathan Stoddard), who also works in the jewelry industry, Sylvia has found her success isolating. After being featured in a news article about her success, Sylvia is invited to join a secret society for women entrepreneurs. Sylvia is excited by the prospect of belonging to a community of women like herself. At first, the women in the society are welcoming, but soon, strange things begin to happen that threaten Sylvia and her business. Not to mention, Sylvia’s estranged father, Earl (Sean Kanan), suddenly shows up wanting to make amends with Sylvia. As the odd events happen to Sylvia at an alarming rate, she must determine who she can trust before it’s too late.