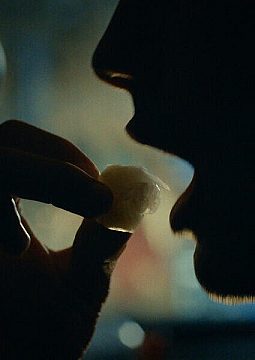 Swallowed follows two childhood friends who must fight to survive a night of drugs, bugs, and horrific intimacy after a drug run goes bad. Benjamin and Dom are on the precipice of being separated, with Benjamin leaving rural Maine for the bright lights of LA. Before they go their separate ways, Dom has a plan to send Benjamin off with a pocketful of cash – all they have to do is deliver a package across the border. But things spiral wildly out of control when the package turns out to be something far more dangerous than they could have ever imagined. This gruesome body horror thriller centers around friendship, loneliness and the extremes we are willing to endure to protect the ones we love.