Startseite / Filme / That's Not Me 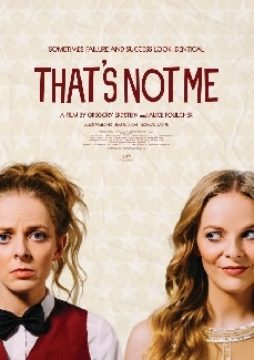 Polly's dreams of making it as an actor are crushed when her identical twin sister lands a coveted role on an HBO show. At first resentful about being mistaken for her sister at every turn, she soon succumbs to taking advantage of her sibling's newfound celebrity, but Polly's indulgence in free booze, comped drinks, and casual sex with gorgeous men have disastrous consequences for them both.