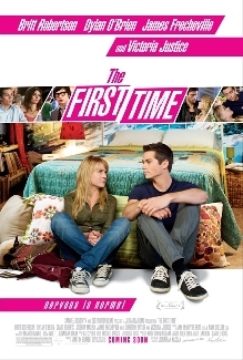 Dave, a high school senior, spends most of his time pining away over a girl he can't have. Aubrey, a junior with artistic aspirations, has a hot boyfriend who doesn't quite understand her or seem to care. Although they go to different schools, Dave and Aubrey find themselves at the same party. When both head outside to get some air, they meet. A casual conversation sparks an instant connection, and, over the course of a weekend, things turn magical, romantic, complicated, and funny as Aubrey and Dave discover what it's like to fall in love for the first time.

Director/screenwriter Jonathan Kasdan skillfully captures a moment of adolescence that rings resolutely true. With smart writing and breakout performances by Britt Robertson and Dylan O'Brien, its two young leads, The First Time is a sweet, thoughtful, modern look at the angst, anticipation, and hopefulness of young love.