Startseite / Filme / The Island of Lies 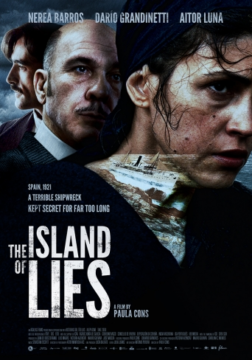 The Island of Lies

In 1921, the steamboat Santa Isabel was carrying 260 Spanish emigrants to America, when it sank just off the island of Salvora in Galicia, Spain. Only three women from the island came to help and managed to rescue 50 of the passengers.

While the women are lauded as heroines, the suspicion that the accident was provoked starts to spread like wildfire. The main instigator of the rumor is an Argentinean journalist, who arrives on the island to cover the story.

As the journalist continues to make headway in his investigation, the pressure on the three women increases.

There are many unanswered questions and as the truth slowly begins to filter out, the heroines will start to lose their innocence and traditional life on the island will be changed forever.