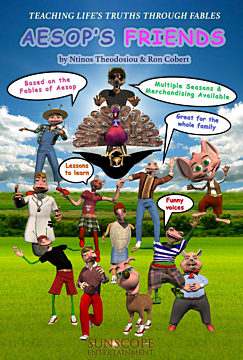 AESOP’S FRIENDS is our version of the Fables of Aesop, written by Aesop between 620 – 564 BC credited to Aesop, a slave and storyteller who lived in ancient Greece. Each episode is a brief story used to illustrate a moral lesson, which have been popular throughout history, and remain a popular choice for moral education of children even today.

The show is a well balanced children's program withfirst 12 episodes: