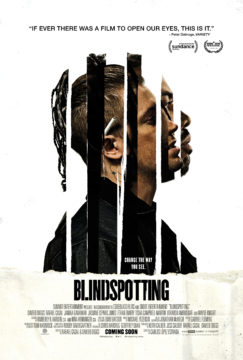 Collin needs to make it through his last three days of probation for a chance at a new start. But his fast-talking childhood bestie, Miles, is a magnet for trouble. The two work as movers, hitting the streets of Oakland, aka “The Town,” with a 24-foot truck, watching their home become the trendy spot in the rapidly gentrifying Bay Area. Collin and Miles have always been bound by the lively, thrilling and sometimes dangerous city that reared them, but the neighborhood changes suddenly expose their differences. When Collin’s final countdown is interrupted by a life-changing missed curfew, their friendship is forced out of its comfortable buddy-comedy existence and sets the Bay boys on a spiraling collision course with each other.