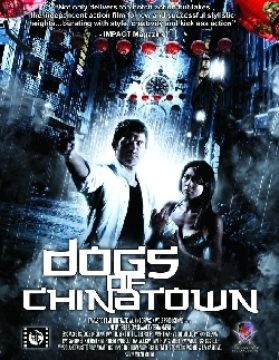 Utterly lonely, Jack sinks into deep depression as he bites down on a gun, but before he can pull the trigger, he's interrupted by Mafia thugs kidnapping a beautiful Chinese girl. With nothing to lose, Jack thwarts the kidnapping, which changes his life forever. The victim he saves is the mistress of a Triad boss, who soon employs Jack and grooms him to be a hitman. As Jack rises to become the Triad's top assassin, he also falls for Boss Wu's favorite mistress, Jin, who he originally saved, putting both their lives at risk. As Jack battles his way through the Mafia and the Triad, he must decide if his loyalty is with the Boss who gave him a new life, or the girl he loves.

Dogs Of Chinatown combines a hyper-reality "Sin City" look with amazing martial arts action by cult superstars The Stunt People, all set in a world filled with gangsters, strippers and assassins.