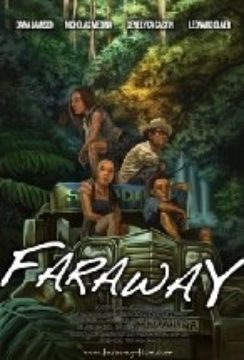 Audrey, a determined young American woman, arrives in the Philippines with a mysterious mission, little money, and no chance of success. But when she enlists the help of two friendly locals, Hazel and Rey, and an extremely unfriendly American expatriate, Nick, suddenly the possibility of success comes into view. All they have to do is cross 300 miles of roads, jungles, and ocean, ward off the attacks of a vicious local motorcycle gang, and keep themselves from killing each other. It's going to be a bumpy ride.