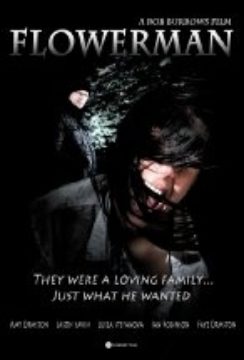 Sarah Jefferson (Ormston) is happily married to Andrew. They have two children: Kirsten (11) and Michael (9). Sarah is being stalked - but does not know it. Her stalker Nigel (Savin) is a sinister and intelligent loner with a command of both forensics and electronics, and a pathological need to control.
Sarah works in a florists. Nigel buys flowers each day, only to destroy them in an initial display of an anger that manifests to show the true psychopathy of his character. Using his skills to augment the execution of his crimes Nigel embroils in a degree of control that extends far beyond Sarah to include her family and the police.

Nigel plans to abduct Sarah. His attention to detail involves a subterfuge that leaves little doubt in people's minds that Sarah and Andrew's relationship was on the rocks. So compelling is his manipulation of reality that even Sarah and Andrew doubt each other in a way that was previously inconceivable.

Andrew is pushed to the edge. This in turn leaves him vulnerable to exploitation. A fact not ignored in this gripping drama that contains twists to the end.