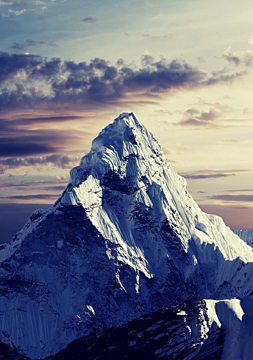 All his life, tech billionaire Erik Larsen has been captivated by mountains — specifically the legendary Mt. Everest. A year after his successful summit of the peak, he returns to Nepal with a small team, including young, ambitious filmmaker, David Cabrera. They’ve come to a make a documentary about the discovery of mountaineering’s Holy Grail—a hundred-year old camera found on the slopes of the mountain which could once and for all settle the question of who the first man to climb Everest really was.

Ensconced at a luxury hotel in the heart of Kathmandu, the team prepares to get to work. But beneath the hotel’s luxurious and tranquil surface, something sinister is going on. The seemingly friendly & welcoming staff are clearly keeping secrets from their American guests, and soon Erik, David, and the team begin to see strange and unsettling apparitions…visions of cold and ice, a mountaineer with a noseless, frostbite-maimed face, and a figure in a demon mask straight from Nepalese folklore.

As members of the team begin to die in gruesome and inexplicable ways, Erik begins to reveal his true nature. The sins he committed on Everest seem to have come down from the mountains to haunt him. Now young David, working in tandem with a local detective, must unravel the mystery behind Erik’s ascent before he, too, becomes a victim of Everest’s vengeful spirits.