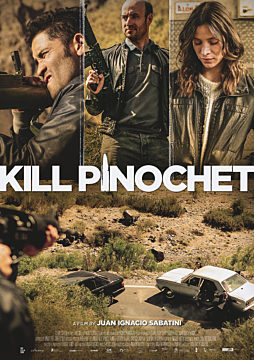 While Chile lived one of the cruelest dictatorships under Augusto Pinochet, only some daring few considered the impossible: to kill the tyrant. Physical education teacher Ramiro, psychologist Tamara, and Sasha, born in the slum, schedule their armed attack for a Sunday afternoon in 1986...

Based on the true story of a failed attack launched by an armed wing of the Chilean Communist Party, Juan Ignacio Sabatini delivers a stunning directorial debut with this burning and character-driven political thriller.