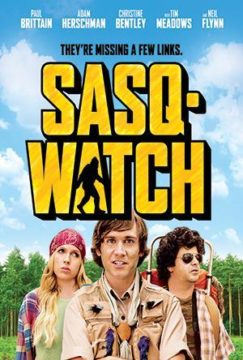 Uber geeks Nigel and Oscar want nothing more than to capture definitive evidence of a Sasquatch. When their guide bails on them, they must resort to using a mis-matched group of outdoor enthusiasts. Meanwhile, their rival Claus, also on the hunt for the "Squatch", races to beat them to the prize in this documentary style comedy.