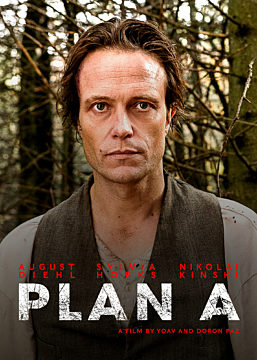 Based on a true story. In 1945, a group of Jewish holocaust survivors planned to poison the water system in Germany, killing back 6 million Germans. The film tells the dangerous and bold secret-operation which was called - PLAN A.

In the post-World War II drama PLAN A stars “A Hidden Life” actor August Diehl alongside “Blade Runner 2049”‘s Sylvia Hoeks. The film addresses profound questions about justice, revenge and morality, dealing with the primal feelings of human nature after surviving unimaginable cruelties. PLAN A is an important and different kind of Holocaust film, and one based on a true story. Revenge is a strong primary feeling that releases a lot of destructive power and dangerous potential, even in people with a moral conscience. This conflict is the dramatic engine of that story. Written and directed by Yoav and Doron Paz (“Phobidilia”, “The Golem”) PLAN A has been produced by Skady Lis (Getaway Pictures), Minu Barati (Jooyaa Film) and the Israeli producers Chilik Michaeli and Avraham Pirchi (UCM).