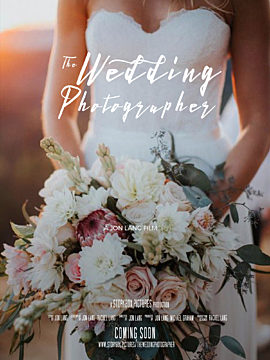 Tyler is the best photographer around. He doesn’t advertise, he doesn’t even try to book gigs, but he’s so good his calendar is full the entire year. He’s got every up and comer trying to intern for him for free, and all the brides....and bridesmaids love him.

Tyler has one problem, he hates weddings.

This is probably his last year shooting weddings before he quits and pursues what he considers to be “real photography”, basically anything but weddings. But something happens he’s not expecting. Tyler meets Laurel.

Laurel is a bridesmaid at one of his earlier weddings in the year. Laurel is the maid of honor at one of his fall weddings, but she’s dating the biggest jerk Tyler could imagine. After a heart-locking breakup years past, Tyler vowed he’d never date again, but he knows Laurel could do better than this loser, in fact, she should have thousands begging her for her hand.

After spending half the year meeting with Laurel for various wedding planning preparations and shoots, his heart is pulling him closer to her than he’s comfortable. His big trip to Europe is just a few months away and he’ll never be vulnerable again. Against his will, but to his enjoyment, he spends the entire fall editing thousands of photos of her. “How many weddings was she in this year?” He asks himself.

As Tyler is distributing his final season of wedding photos to his clients, and finalizing his one way ticket to Europe, he gets one final booking for a last minute, shotgun Christmas wedding...Laurel’s.

Angry, frustrated, and torn in every direction, he takes the wedding out of spite. He wanted a reason to never shoot weddings again.

It’s a complete disaster. Everything goes wrong. Laurel is the most beautiful person Tyler has ever met, and as she’s sitting there by herself at the altar, a complete mess, he allows himself to be vulnerable one last time, she deserves that from someone at the very least.

Sitting there, crying together on Christmas morning, the snow falling outside the small country chapel, Laurel looks Tyler in the eyes, tears dripping down both their faces.

He wipes her cheek, “You deserve so much better than this, why do you put up with so much? You practically kept all your friends wedding’s from falling apart, and this guy? Why?”

Laurel begins to cry, but it turns into a half laugh, “I knew I only had one shot to make you mine, so I gave it everything I had and risked it all for you.”

The minister awkwardly clears his throat as they realize there are still a few people left in the chapel, “So...are we having a wedding today, Laurel?”