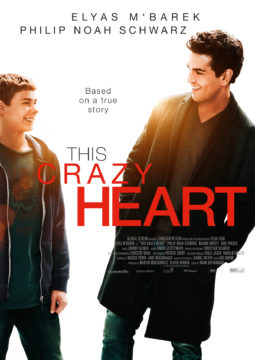 Partying every night, accidentally sinking a sports car in the pool, that’s totally Lenny’s idea of fun. And having fun is all he cares about. He lives in his dad’s villa, squanders his dad’s money and thinks he’s some kind of playboy. At the same time, 15-year-old David gasps for air in bed in the dull council high-rise where he lives. His mother rushes him to the hospital. David has had a heart condition since birth. No one knows if he’ll live to turn 16. These two worlds collide when Lenny’s heart specialist dad shanghais his son into taking care of David. David’s world is one of clinics and operating rooms, Lenny’s world is all babes, clubs and parties. To keep it simple for himself, Lenny helps David with the things he wants to experience at least once before it’s too late, the easy stuff: Go shopping for cool clothes, steal a car, things like that. Then Lenny realizes David’s life is hanging by a thread. It’s too much real responsibility for ne’er-do-well Lenny. David decides he wants to meet a girl and fall in love. How’s Lenny supposed to swing that? But he’s already bonded with David. A friendship results that’s so serious, so intense, so wild, as if there’s no tomorrow – which may be true.