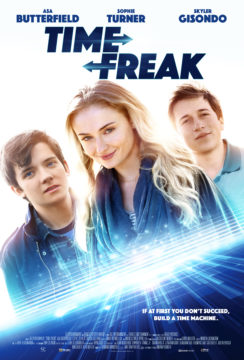 Physics prodigy Stillman (Butterfield) is destined for great things, only to be derailed when his girlfriend, Debbie (Turner) suddenly dumps him. But Stillman isn’t beaten, he does what any heartbroken genius would do… he invents a time machine to get a second chance at love. Dragging his best friend Evan (Gisondo) as wing man, Stillman tries to re-do every awkward encounter, every dumb comment and make every moment of the relationship flawless. With each try Stillman, Evan and Debbie slowly realize that there may be no such thing as perfect, no matter how many do-overs you can give yourself.