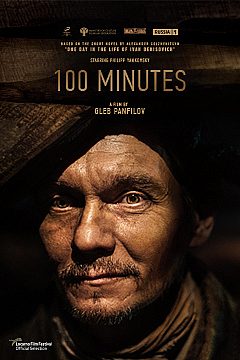 Russian soldier Ivan Shukhov returns to his homeland after spending time in a Nazi prison camp. Under Soviet law he is declared a traitor to the state and sentenced to ten years of forced labor in a Gulag as Prisoner S-854. Amidst the harsh snowy wilderness, Ivan and other prisoners are building a massive factory for the Soviet space program. Amazingly, despite all the injustice, hunger, humiliation and fear inherent to daily life in the labor camp, Ivan manages to maintain his best human qualities. Hard-working, honest and sincere, he possesses simple folk wisdom and unshakeable faith in miracles even after having to learn to survive on the brink of death.