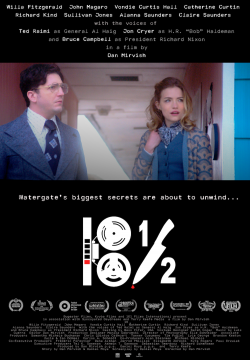 In 1974, a White House transcriber is thrust into the Watergate scandal when she obtains the only copy of the infamous 18½ minute gap in Nixon's tapes.

There are many theories about the missing 18 1/2 minutes of Richard Nixon’s White House recordings. At a time of heightened controversy –thanks to Watergate and the ensuing investigations– the gap in recordings created a convenient slot into which a persons conspiracy theory of choice might fit.

Dan Mirvish’s new film 18 1/2 explores a quaint, yet zany, moment of alternate history where the tape itself was taped and a young transcriptionist secrets it away from the White House to listen to it with a journalist. Hilarity ensues when they check into a small town motel to do just that.