Home / Films / 5 nanomoles - the Olympic dream of a trans woman 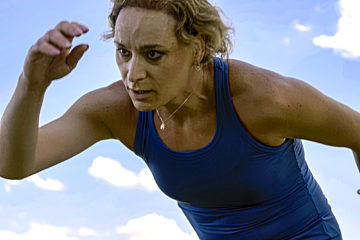 5 nanomoles - the Olympic dream of a trans woman

Bologna, Italy. Valentina Petrillo is a transgender athlete with a visual impairment. For just over a year she has been taking hormones in order to feminize her appearance. Prior to her transition, when she was running in the male category, she won several Italian titles. Now she sets out to reach her dream: to take part in the Tokyo 2020 Paralympic Games as Italy's first trans* athlete. Her mission may seem easy. The criteria she must meet in order to be eligible to run in the women's category are simple: maintain her blood testosterone levels below 5 nanomoles per liter for 12 months or more. And - of course - run fast enough to qualify for the Games. But things get more complicated day by day. Valentina's club and coach drop her, because they fear she will have an unfair advantage over other women. Transitioning is stressful, but even more disturbing is the realization that she doesn't seem to fit in the sports world as she used to. The meeting with a new coach and the support of her family give her the strength to continue her battle. A battle against the stopwatch and against society, which is running way too slow for her.

The film is being developed by ETHNOS and GRUPPO TRANS, a young trans association, advocating for the rights of transgender people in all sectors. The film is supported by UISP, national association promoting access to sports for all, and ARCIGAY, the largest LGBTQ organization in Italy.