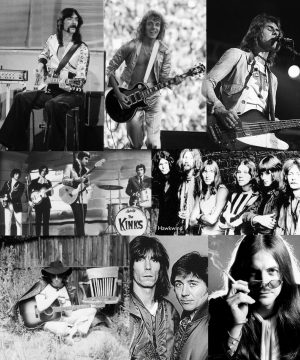 Rock's golden years of the 60's in the UK just before the "British Invasion" to the US - is captured in this series of 30 minute documenties with many initmate unique interviews with both the artists and those who knew them well - with stories of life before they were famous and how they fared both, before their fame and during it.

This will be a series of short 30 min documentaries with exclusive interviews with the following Artists:

Each film will reveal new stories for the fans intercut with music and archive from the era.