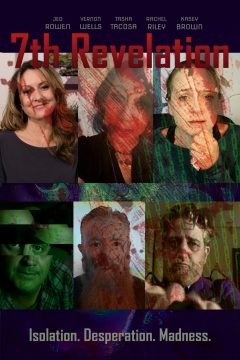 “7th Revelation” is a voyeuristic look into the lives of six people working from home during the 2020 pandemic. Each must battle the destructive demons of isolation, addiction, and jealousy as they fall into a world of madness.

In a time of "Zoom" movies, "7th Revelation" was shot entirely with a single camera approach during the pandemic, and edited skillfully together to create a visual effect for every scene. The movie was called "a marvel of editing" by Film Threat.

A sequel is already written, production ready, and ready to launch a franchise!