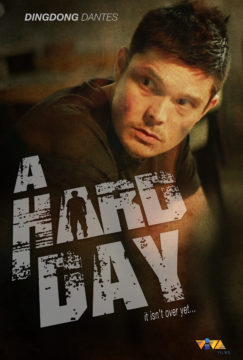 Detective Edmund Villon is having a hard day. In less than 24 hours: his annulment is pushing through; his mother passes away and he and his coworkers are being investigated for embezzlement.

Then, on his way to his mother's funeral, he runs over and kills a man. He tries to cover-up the accident by hiding the man's corpse in his deceased mother's coffin. But someone has been watching all along, and Edmund gets a mysterious call from a person claiming that he witnessed the crime. Threats follow and everything that matters to Edmund is now in danger.