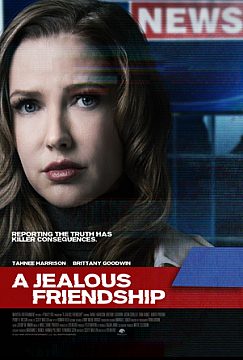 When news anchor Kenzie (Tahnee Harrison) meets her boss Jillian’s (Brittany Goodwin) new boyfriend, Jasper (Jason Coviello), she suggests profiling him as a local hero based on his work as a counselor at a women’s clinic. While in Jasper’s charismatic presence, Kenzie finds herself becoming his latest client. However, as Kenzie’s life begins to unravel, she suspects Jasper is to blame. Increasingly wary of him, Kenzie is startled when one of Jasper’s former clients tells her that he has an unethical desire to control his patients. Determined to expose Jasper’s predatory behavior, Kenzie arranges an interview with the patient. But when the patient suddenly dies of an apparent suicide, Kenzie believes Jasper is behind her death. Realizing Kenzie is onto him, Jasper enlists Jillian’s help to ambush Kenzie. As Jillian is about attack Kenzie, though, she realizes Jasper has been manipulating her all along. Now, Kenzie and Jillian must work together to stop Jasper once and for all.