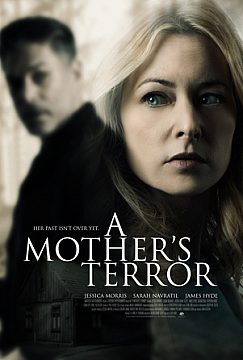 Single mother Alyssa (Jessica Morris) is a successful author who was kidnapped as a child before making a safe return seven years later. Given her past, Alyssa is overprotective of her young daughter, Emma (Charlotte Hare). When Alyssa has a panic attack and believes Emma has gone missing—despite Emma being by her side—she visits her therapist and admits her senses are heightened due to her captor, Miles’ (James Hyde), recent release from prison. Days later, Emma is abducted from a local park, sending Alyssa into a tailspin. Believing Miles is the culprit, Alyssa is frustrated when she learns he has an alibi. Miles suggests there is someone else copying his past abduction of Alyssa and urges her to let him help find Emma. Desperate to save her daughter, Alyssa must decide if trusting her former captor is worth the risk, not realizing her book editor Sarah (Sarah Navratil) is the reason Emma is missing.