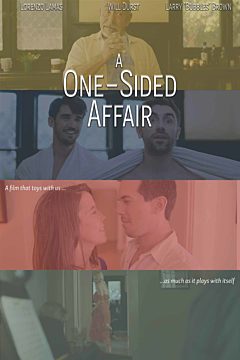 Based on a play that toys with us as much as it plays with itself, A One-Sided Affair is a provocative exploration of current events. When a famous composer dies, he leaves his family in a dilemma: either they become the center of a national controversy or let his entire estate go to his cats. Tensions about the embarrassing topic rise when a right-wing newscaster stays under the same roof as the left-leaning, opinionated family.

"I didn't have to watch the whole thing, and yet I did." - Duwayne Dunham (Star Wars VI – Return of the Jedi editor)

Larry 'Bubbles' Brown (Make Me Laugh / Evening at the Improv)