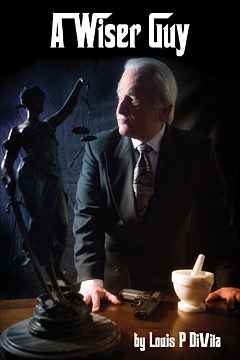 New Jersey, 1955. The life of Louis, a six-year-old boy of Italian- American heritage is going to take an unexpected turn. His loving grandfather Paul Palmeri, a founding and highly regarded member of the American Mafia, the man he most admired, has died unexpectedly. From now on, things will not be the same for the Palmeris. They will have to face a hard reality in which their privileges, influences and income in the world of the Italian-American Mafia are threatened by the loss of the head of the family.

“A Wiser Guy” is a TV miniseries structured in four 50-minute-long episodes that tells the evolution of an Italian-American Mafia family in the United States during the golden years of the Mafia, the ‘20s through the ‘90s, culminating with it’s decline at the end of the 20th century. The story is told through the lives of Louis, Ernie and Paul, three men of three different generations of the Palmeri family.